Toronto, Ontario, February 23, 2022 – Collective Mining Ltd. (TSXV: CNL) (“Collective” or the “Company”) is pleased to announce that the high resolution and deep penetrating Induced Polarization (“IP”) survey over the previously announced (October 27, 2021, press release) grassroot discovery at the Pound target (“Pound”) within its San Antonio project, Colombia is advancing on schedule and is expected to be completed in March 2022.

“Our San Antonio project has the potential to yield multiple mineralized porphyry and breccia systems. Following on from the exciting grassroots discovery at Pound, we are focused on defining the morphology of this sulphide rich breccia body and other potential porphyry systems. Once the IP results have been interpreted and incorporated with all newly generated data, the Company will provide details on the next phase of drilling for the project in 2022,” commented Ari Sussman, Executive Chairman.

The Company recently completed a small reconnaissance drilling program (three holes totaling 1,011 metres) at the Box target, which is located on the western portion of the Guayabales project. The Box target is hosted within multiple porphyritic diorites which intrude into carbonaceous schist and siltstone country rocks. Surface mapping, rock and soil sampling had outlined soil anomalies associated with polymetallic carbonate base-metal veins (“CBM”) in diorite porphyries and at the contact with schist country rocks. Field work was followed up with a hi-resolution and deep penetrating IP survey which outlined three shallow chargeability anomalies referred to as central, west and east. Drilling tested each anomaly with a reconnaissance hole with results as follows:

The Company has retained Westlake Capital (“Westlake”), a sole proprietorship of Roland Eschle, to provide investor relations services. Westlake, based in Zurich, Switzerland, will provide investor relations and business development services to increase the Company’s profile within the European investment community. In consideration for providing these services, Westlake is entitled to a monthly fee of GBP 4,000 and 30,000 stock options (the “Options”). Westlake has been engaged for an initial term of six months, which may be extended by mutual agreement, subject to earlier termination by either party on 30 days’ written notice. Other than the options, Westlake does not hold any securities of, or have any other interest in the Company, or currently has any right or intent to acquire such an interest. The Options will be granted in accordance with the Company’s stock option plan and the policies of the TSX Venture Exchange and have an exercise price equal to tomorrow’s closing price, be exercisable for a period of two years, and vest 25% each quarter over the initial 12-month period.

Collective Mining is an exploration and development company focused on identifying and exploring prospective mineral projects in South America. Founded by the team that developed and sold Continental Gold Inc. to Zijin Mining for approximately $2 billion in enterprise value, the mission of the Company is to repeat its past success in Colombia by making a significant new mineral discovery and advancing the projection to production. Management, insiders and close family and friends own approximately 40% of the outstanding shares of the Company and as a result are fully aligned with shareholders. Collective currently holds an option to earn up to a 100% interest in two projects located in Colombia. As a result of an aggressive exploration program on both the Guayabales and San Antonio projects a total of eight major targets have been defined. The Company is fortuitous to have made significant grass root discoveries on both projects with discovery holes of 104 metres @ 1.3 g/t AuEq and 710 metres @ 0.53 AuEq at the Guayabales and San Antonio projects, respectively. (See press releases dated October 18th and 27th for AuEq calculation.)

To schedule a one-on-one meeting with management please use the following link:
https://calendly.com/collectivemining/30min?month=2021-11

Figure 1: Plan View of the Area Being Covered by IP at the San Antonio Project 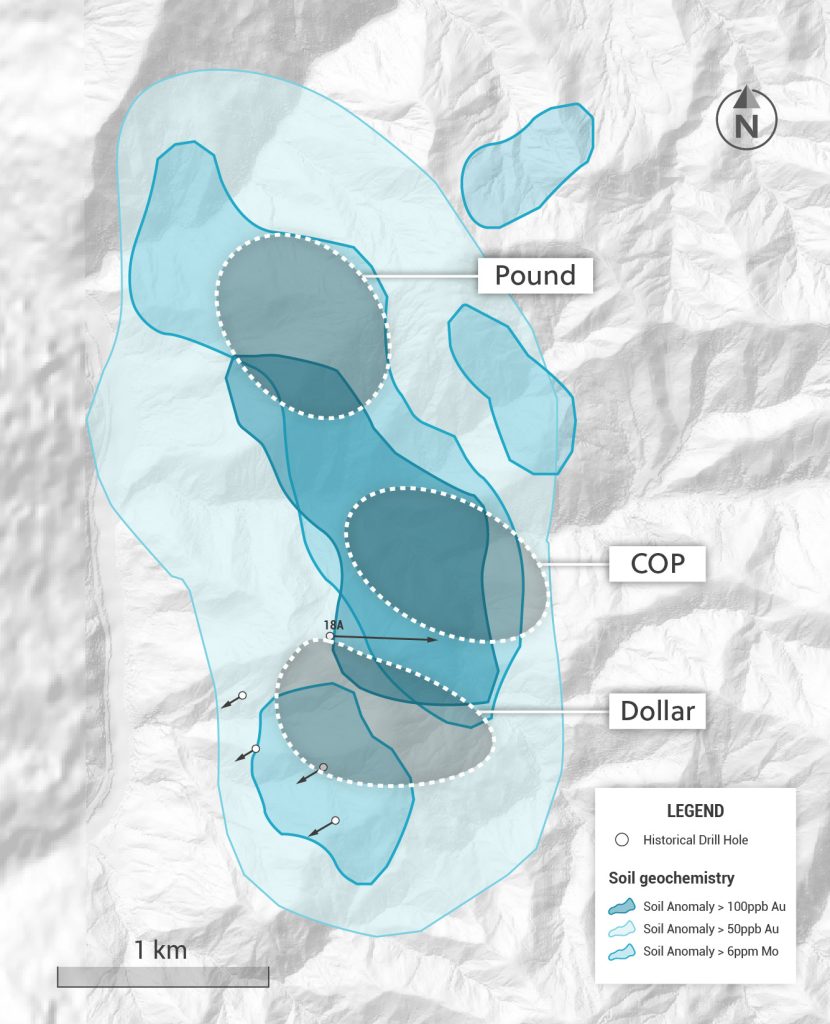 Figure 2: Plan View of the Pound Target – 1.3 km of Strike and Open 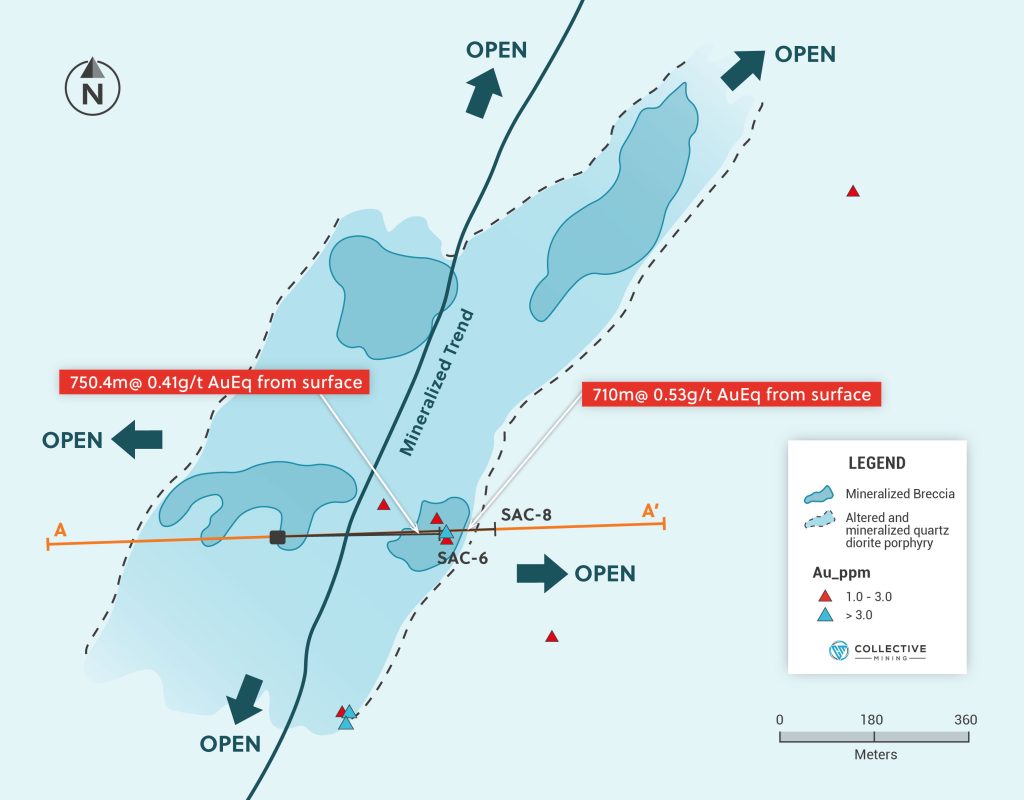