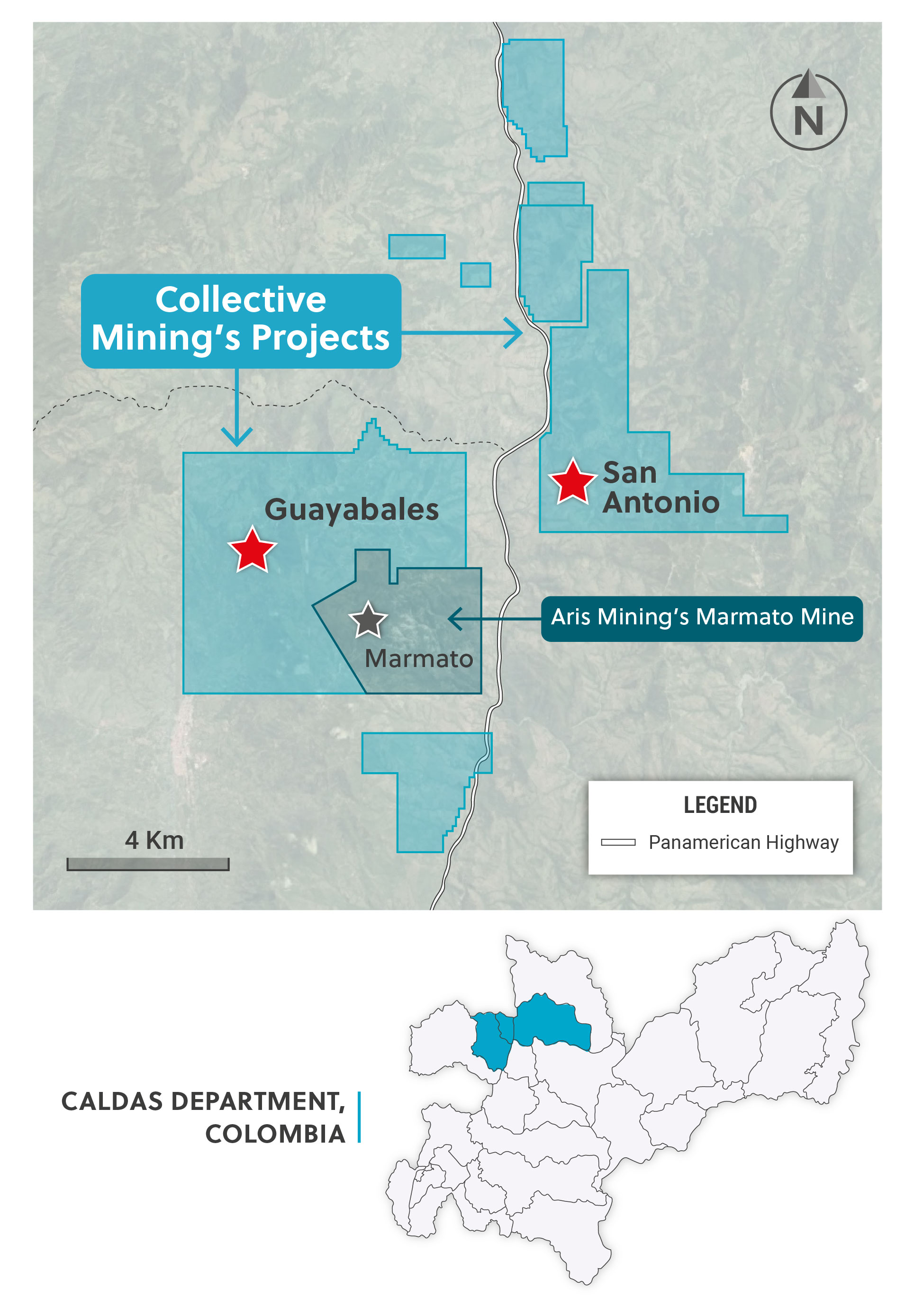 The Company's two projects, Guayabales and San Antonio, are located along the Pan American Highway in close proximity to each other in the mining-friendly department of Caldas, Colombia. Located directly within the Marmato mineral district of the prolific "Middle Cauca" belt in west-central Colombia, the area is one of the most underexplored mineral belts globally, particularly given the rich history of continuous gold and silver mining in Marmato dating back more than 500 years.

Due to the areas mining history, the Company has access to an abundant mining-related labour force located nearby in the townships of Supia and Marmato. Additionally, both projects benefit from excellent infrastructure including roads and hydroelectric generated powerlines traversing the areas. Furthermore, given the entrenchment of mining in the region, local governments are mining friendly and are supportive of the responsible stewardship the Company practices.

Collective Mining, which holds an option to earn up to a 100% interest in both projects, is the first Company to consolidate the key portions of the impressive mineral belt contiguous and surrounding the fabled Marmato mine. Remarkably, there are 10 fully permitted and operating mines located within a few kilometres of both projects, with the flagship operation being Aris Mining's Marmato mine directly contiguous to the south of our Guayabales project.

An aggressive grassroots exploration program began in mid-2021 and, as a result of this program, seven major targets have been generated at the Guayabales project resulting in four significant drilling discoveries being made to date. Meanwhile, three targets were generated at the San Antonio project, resulting in one discovery being drilled to date.

In 2022, the Company's drilling activities consisted of a 23,000 metre drilling program using as many as three rigs at the Guayabales and San Antonio properties. Equipped with a strong balance sheet, the Company is moving forward on its aggressive drill program for 2023.