Toronto, Ontario, September 22, 2022 – Collective Mining Ltd. (TSXV: CNL) (OTCQX: CNLMF) (“Collective” or the “Company”) is pleased to announce that visual observations from outcrop mapping and shallow diamond drill hole APC-14, confirm that the Main Breccia discovery at the Apollo target (“Apollo”) daylights at surface over significant areas located to the north and east of drill pad 3 in the southern part of the discovery. Apollo is one of eight grassroot generated porphyry related targets at the Guayabales project, located in Caldas, Colombia. The Main Breccia discovery at Apollo is a high-grade, bulk tonnage copper-gold-silver porphyry-related breccia target with previously announced intercepts including hole APC-2, which intersected 207.15 metres @ 2.68 g/t AuEq and APC-8, which intersected 265.75 metres @ 2.44 g/t gold equivalent (See press releases dated August 10th and September 13th respectively). As part of its fully funded 20,000+ metre drill program for 2022, there are currently three diamond drill rigs operating at the Apollo target.

“Confirmation that the Main Breccia discovery at Apollo extends to surface enhances future possibilities for the project. Additionally, the fact that we see a noticeable increase in chalcopyrite near surface in the southern part of the Main Breccia discovery has our team excited that the porphyry source is nearby and is likely located beneath the robust, yet untested high-grade copper-in-soil anomaly located due south of drill pad 3. As a result, our team is busy planning exploration drill holes to test for the porphyry source with additional details to be provided shortly,” commented Ari Sussman, Executive Chairman.

The Company recently completed geological mapping of new outcrop exposure created by tracks designed to service the drill rig at Pad 3 at Apollo. This work has confirmed exposure of mineralized angular breccia at surface as part of the Main Breccia discovery first announced by the Company on June 22, 2022. Logging visuals from recently completed diamond hole APC-14, which was drilled beneath a portion of the northern outcrop area, intersected mineralized angular breccia commencing at 50 metres vertically below surface. The following observations are highlighted: 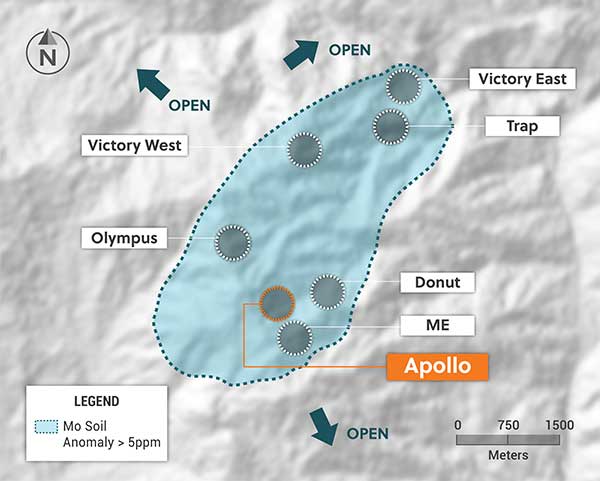 Figure 2: Plan View of the Main Breccia Discovery at the Apollo Target, Highlighting in Green the Newly Discovered Areas Where the Main Breccia Outcrops at Surface and Assay Results from Drill Holes Announced to Date 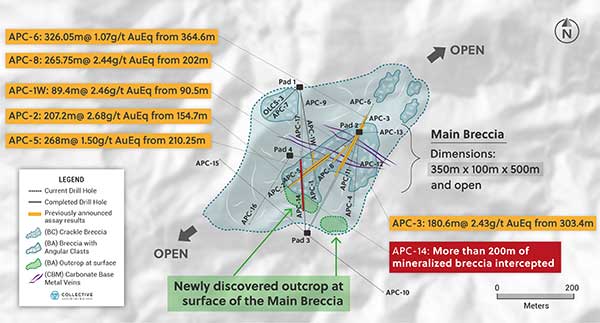 Figure 3: Photos of Various Surface Exposures of Angular Breccia Discovered to the North and East of Drill Pad 3 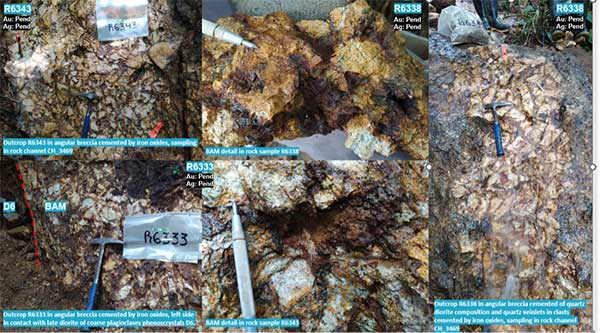 The Company currently holds an option to earn up to a 100% interest in two projects located in Colombia. As a result of an aggressive exploration program on both the Guayabales and San Antonio projects, a total of eight major targets have been defined. The Company has made significant grassroots discoveries at both projects with near-surface discovery holes at the Guayabales project yielding 302 metres at 1.11 g/t AuEq at the Olympus target, 163 metres at 1.3 g/t AuEq at the Donut target and recently, at the Apollo target, 207.15 metres at 2.68 g/t AuEq, 180.6 metres at 2.43 g/t AuEg and 87.8 metres at 2.49 g/t AuEg. At the San Antonio project, the Company intersected, from surface, 710 metres at 0.53 AuEq. (See related press releases on our website for AuEq calculations)