Ari Sussman, Executive Chairman commented: “To date, every time that we have undertaken step-out drilling at the Main Breccia system of Apollo, we have expanded the size of the discovery. The exceptional continuity encountered in drilling highlights the potential for a very large, bulk tonnage deposit with robust grades due to the copper-silver-gold mineralization within the breccia matrix being deposited from both a porphyry source as well as low and intermediate sulphidation vein systems. We will remain aggressive in 2023 with drilling set to resume in the coming days.”

Twenty-two diamond drill holes with accompanying assay results have now been announced at Apollo and a further nine holes await assay results in the near term. The Company recently completed two westerly directed step out diamond drill holes, APC-25 and APC-28, drilled from its southernmost drill pad (Pad 3) and from its easternmost drill pad (Pad 2). The holes were designed to test for western and depth extensions to the Main Breccia discovery. The following visual observations are highlighted from the two step out holes:

Hole APC-25 was drilled approximately northwest from Pad 3 to a maximum depth of 215.80 metres and was designed to test for potential westerly extensions to shallow and outcropping breccia mineralization. The hole intersected more than one hundred metres of continuous mineralization beginning at 73 metres down hole (65 metres vertical) and continued until approximately 180 metres downhole (160 metres vertical). The mineralized angular breccia contains a sulphide matrix which includes 1.5% to 2.5% chalcopyrite and between 1% and 3% pyrite plus pyrrhotite. The breccia has been overprinted by a zone of carbonate and base metal (sphalerite and galena) veins which based on previously announced results, host higher gold grades. APC-25 is the westernmost hole drilled into the main breccia discovery and opens the potential for further shallow mineralization in the west.

Hole APC-28 was drilled steeply to the west from Pad 2 to a maximum depth of 956.35 metres and was designed to test for western and depth extensions to the Main Breccia system. The hole intersected a hanging wall zone followed by the main zone of mineralized breccia material. The hanging wall zone was 19 metres thick beginning at 286 metres downhole and then the main zone of mineralization began at 354 metres downhole and continued to the end of the hole at 956.35 metres. The main zone of mineralized breccia hosts an upper portion where the sulphide matrix is rich in copper (chalcopyrite 0.7% to 1.5%), pyrite and pyrrhotite, and a lower portion where multiple zones of overprinting CBM veins were observed. APC-28 is the deepest and longest hole drilled to date and hosts the widest zone of continuous breccia mineralization intercepted to date. The hole was terminated while still in mineralization due to the limitations of the drill rig.

In 2022, a total of 14,975 metres (31 holes) were drilled at the Apollo target. To date assay results have been released for 22 holes with results for the holes that remain outstanding expected in early 2023.

The Company’s 2023 drill program will begin in the coming days and will focus on targeting the high-grade subzones within the Main Breccia system while simultaneously expanding the potential size of the system. Additionally, the Company will remain aggressive in testing new targets at Apollo including the newly generated copper and molybdenum porphyry target located 150 metres south of the Main Breccia system. 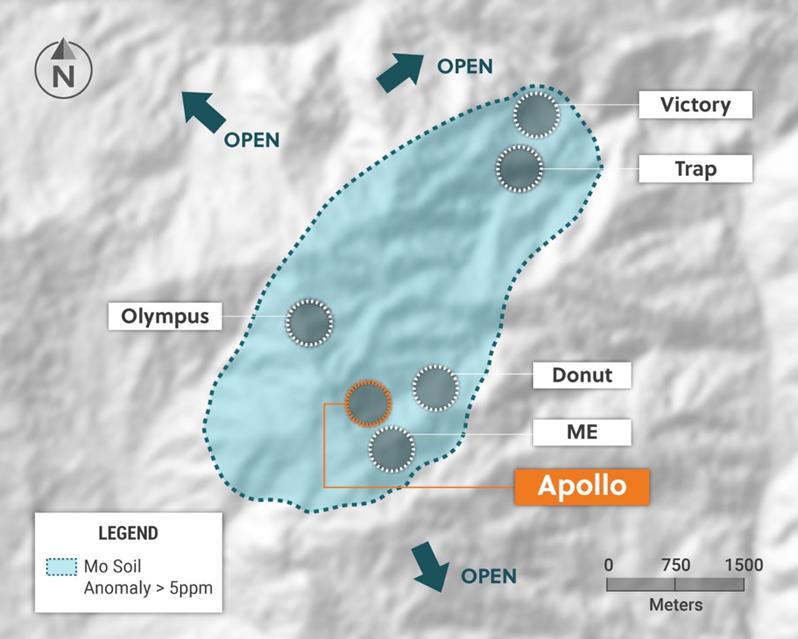 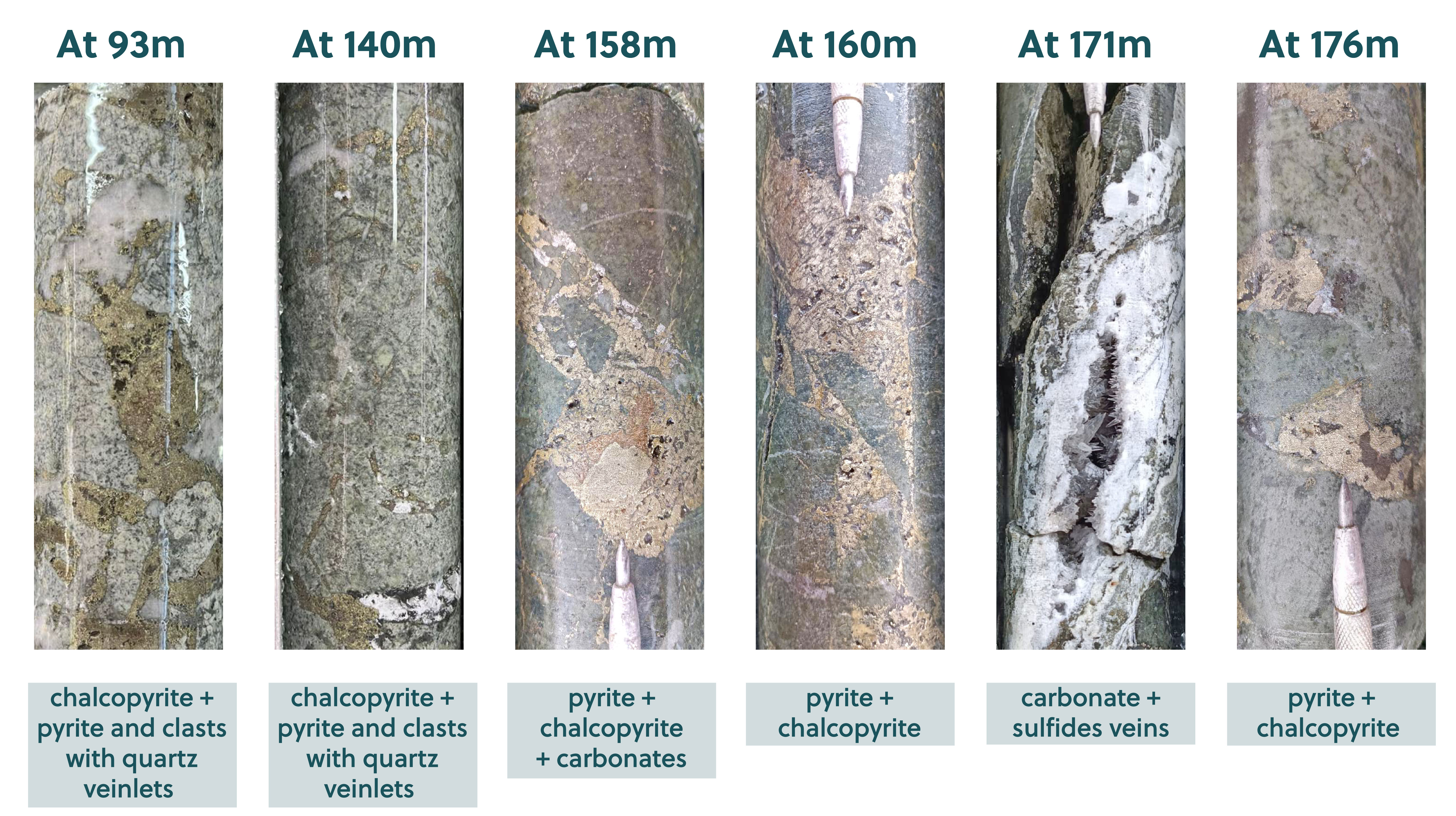 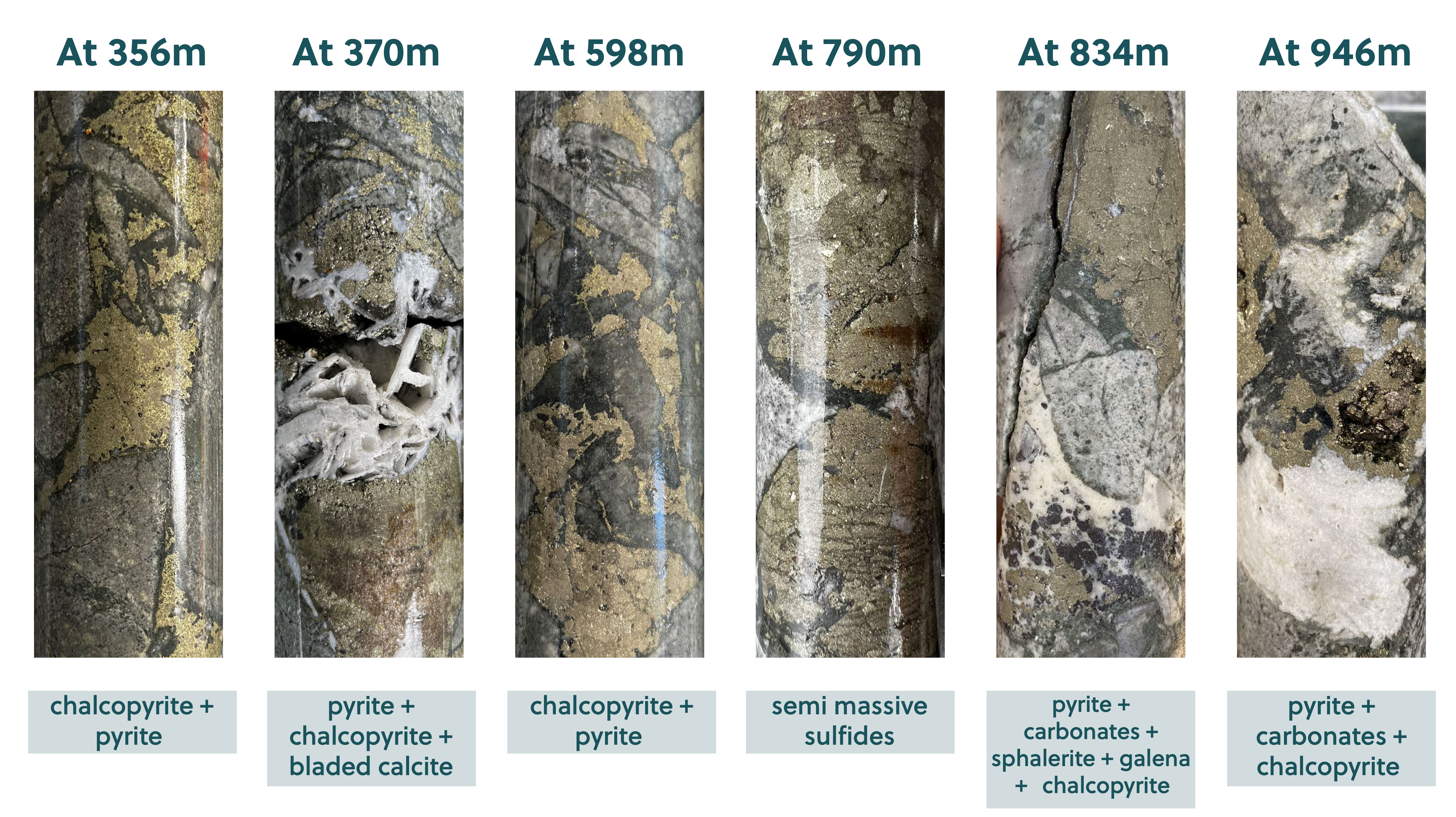