Ari Sussman, Executive Chairman commented: “We have an exciting and busy year ahead of us at the Guayabales project. We will remain aggressive with the drill bit in pushing the geological boundaries of the Apollo target as we look to remain on a steep trajectory of growth at the Main Breccia system while drilling untested surrounding targets to try and make a new and impactful discovery. Also, we will continue to leverage our various strategic alliances to design and implement new and innovative programs and platforms with our stakeholders as part of our “Collective” model, which is based on inclusiveness, transparency, and honesty. With such a remarkable geological and mineral endowment on the property and an excellent local management team in place, I believe the odds are in our favor to continue adding significant value for the Company and its shareholders in 2023.”

Toronto, Ontario, January 17, 2023 - Collective Mining Ltd. (TSXV: CNL, OTCQX: CNLMF) (“Collective” or the “Company”) is pleased to announce the commencement of a phase II diamond drill program at the Main Breccia discovery at the Apollo target (“Apollo”), which is part of the Guayabales project located in Caldas, Colombia. The Main Breccia discovery is a high-grade, bulk tonnage copper-silver-gold porphyry-related system, which owes its excellent metal endowment to multiple phases of mineralization which includes older copper-silver-gold porphyry mineralization and younger, overprinting, precious metal rich sheeted carbonate base metal vein systems. The phase II program will begin with three diamond drill rigs with potential to increase the number of rigs as the program progresses.

The Phase II program commenced with shallow drilling of near surface, high grade mineralization below mineralized breccia outcrops in the southern and central areas of the Main Breccia discovery from newly constructed drill pads, 6 and 7. The rig at pad 6 is currently drilling and entered the mineralized zone close to the drill hole collar.  The rig at pad 7 is expected to commence operations in the next 7-10 days. Furthermore, a new drill pad (pad 8) has been constructed 150 south of the southernmost modelled boundary of the Main Breccia system at Apollo to test the recently discovered porphyry target. Key highlights of the initial plan are as follows:

Most of this outcropping and shallow target remains untested with current known dimensions from surface sampling cover a 150-metre diameter area. The target area remains open in all directions for expansion.

In 2022, a total of 14,975 metres (31 holes) were drilled at the Apollo target for the phase I program. Assay results for twenty-five diamond drill holes have now been announced at Apollo with results for the remaining six holes expected in the near term.

Figure 1: Plan View of the Main Breccia Discovery at Apollo Highlighting the Initial Holes for 2023 from new Drill Pads 6,7 and 8 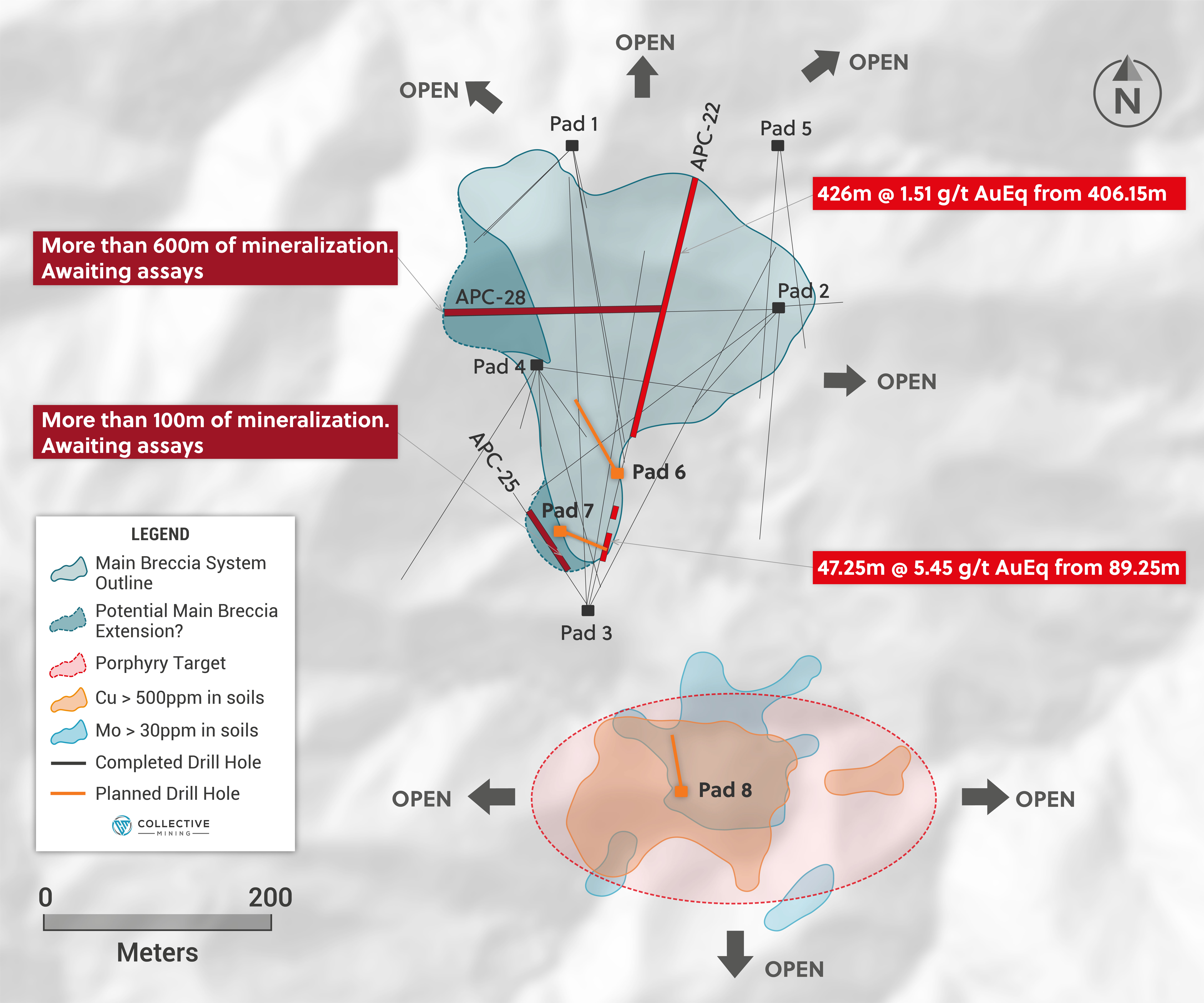 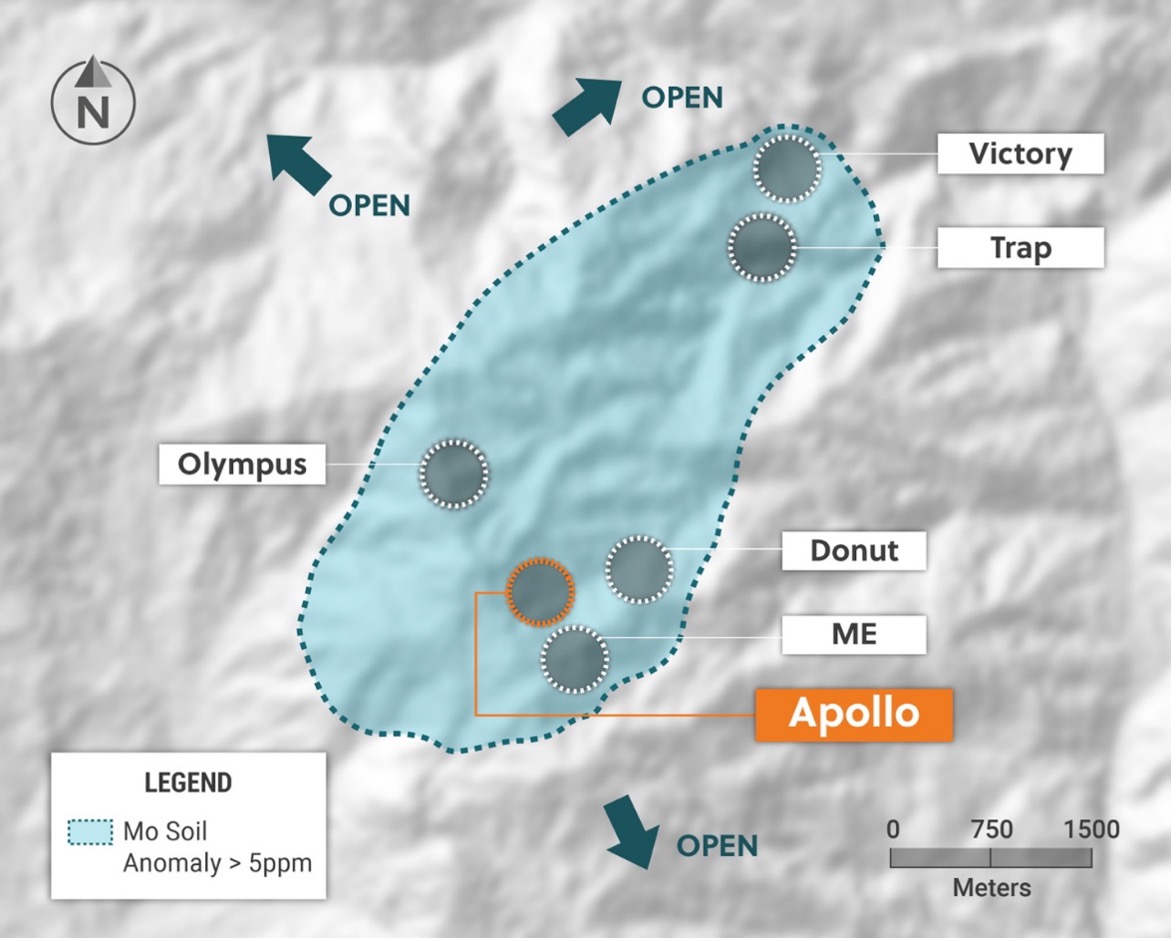